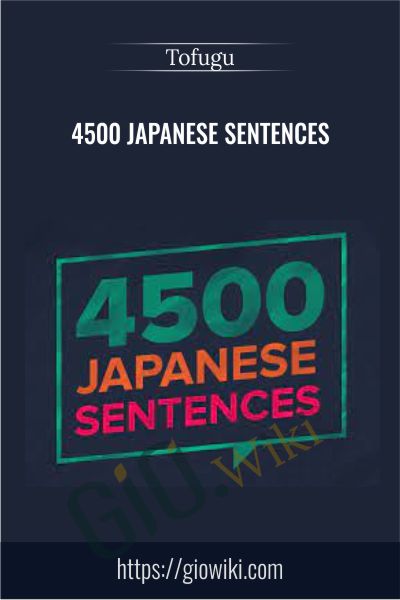 This is what4,500 Japanese Sentencesis all about.Quantity, and lots of it. Your goal isn’t to perfectly translate these sentences. Far from it.Your goal is to get through them all as quick as you can.

Be the first to review “4500 Japanese Sentences – Tofugu”