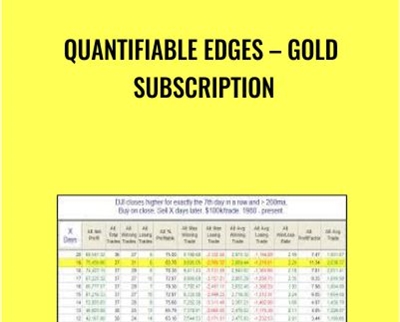 Quantifiable Edges has been publishing quantitative research, systems, and trading ideas since 2008.  We utilize technical analysis concepts and quantify them in a way that allows traders to determine the edge that was provided in the past.